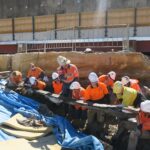 Archaeology As part of the Sydney Metro & City Southwest project, archaeological works at the Barangaroo Station development, run by Casey & Lowe and led by Excavation Director Mary Casey uncovered an abandoned timber vessel, Unidentified Darling Harbour Barangaroo No. 1 (UDHB1). The wreck was found to be of State […] 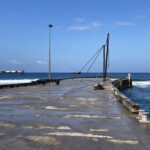 Archaeology Norfolk Island boasts a rich cultural heritage landscape, both on land and underwater. When the Commonwealth Government proposed to improve the shipping capabilities of Kingston Pier, Cosmos Archaeology was the consultancy of choice to prepare a Statement of Heritage Impact (SoHI) for the underwater cultural heritage. Further investigations were […]

Archaeology The shipwreck site of HMS Sirius is located east of Kingston Pier in Slaughter Bay, Norfolk Island.  The vessel was wrecked in 1790 while trying to bring much-needed supplies to the convict settlement on the island.  HMS Sirius is the largest single assemblage of material culture from the First […] 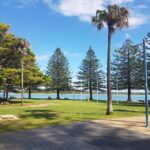 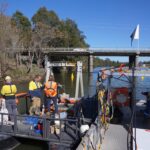 Archaeology Cosmos Archaeology undertook a range of maritime archaeological investigations as part of preliminary works for the Windsor Bridge Replacement Project, which was completed in May 2020. The project saw a new bridge constructed over the Hawkesbury River, approximately 35 metres east of the original structure. Investigations included multiple desktop […] 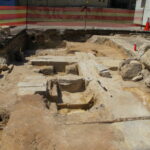 Archaeology In 2016, Cosmos Archaeology was tasked with creating a statement of heritage significance for the potential archaeological resource at a property on Darlinghurst Road, Sydney, which was set to be developed into a 5-storey residential care facility. In the mid-1800s, the site was home to the St. John’s Parochial […] 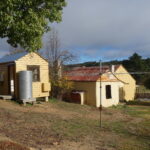 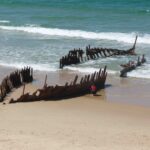 Archaeology Cosmos Archaeology worked closely with the Sunshine Coast Council to undertake a preliminary archaeological investigation into the S.S. Dicky, ahead of plans to remove the wreck of the iron steamship from the beach at Caloundra for long term management and conservation. The vessel was wrecked in 1893 after being […] 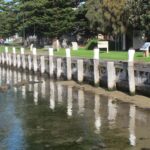 Archaeology Cosmos Archaeology undertook Aboriginal and historic cultural heritage assessments of an old seawall in Sorrento, before it was removed as part of local council works. The project was a collaboration between the Victorian Department of Environment, Land, Water and Planning and the Mornington Peninsula Shire Council, and proposed to […] 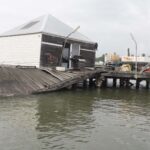 Archaeology Cosmos Archaeology were the consultants of choice to undertake an archaeological assessment of a derelict, 20th-century wharf on the Parramatta River, after a Development Application was made to NSW Roads and Maritime Services seeking its demolition. The project uncovered a fascinating link to Australia’s first brewery. The wharf was […]