Excavation Archaeological excavations are often carried out as a form of mitigation in response to the impacts of a development.  They require approval from the relevant regulatory body.  The duration and level of staffing for an excavation depends on the extent of the development and the cultural heritage significance of […]

Statement of Heritage Impact (SoHI) Also referred to as a Heritage Impact Assessment (HIA), this document assesses the impact of a proposed development on the cultural heritage significance of a site.  The report also includes recommended measures to be taken to mitigate the impacts to an acceptable level.  Such measures […]

Test Excavation Undertaken when the archaeological potential of a site is not well understood. A test excavation reduces the risk of unexpected finds during the construction phase of a project.  A test excavation would require an appropriate approval under the relevant heritage legislation. The requirements and timing for obtaining an […]

Survey An archaeological inspection, which can be conducted underwater or on land.  The key point of a survey is that it does not disturb the site.  This avoids the need to obtain regulatory approval (a permit or consent) to expose or disturb a site.  However, some jurisdictions do require notification […]

Archaeological or Heritage Assessment A document which assesses the archaeological potential and cultural heritage significance of a site.  Such a study utilises archival (primary sources held in State or National archives) and historical research (e.g. published books), previous relevant studies, as well as online databases maintained by either private or […]

Archaeological Management Plan A document that details how the archaeological resource on a site is to be managed during construction. It includes information such as on-site archaeological monitoring methodology, stop work and notification protocols, artefact handling procedures, heritage inductions for contractors and what to do in the event of an […]

Archival Recording and Interpretation The detailed recording of a site prior to it being changed or removed by a construction project.  Usually this involves a photographic documentation of the key features of a site.  It can also include video surveys, measured drawings and site plans, as well as 3D modelling.  […] 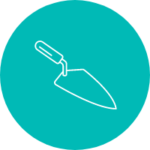 Historical Archaeology Commonly refers to archaeology in Australia since British colonisation in 1788.  Increasingly, the term ‘Non-Aboriginal’ archaeology is used to recognise that Aboriginal cultural heritage did not cease in 1788. FEATURED PROJECTS